skip to main | skip to sidebar

I don't know where I picked up this little gem, but it is ever so adorable!  The picture on the front of the little girls rolling out biscuits is sweet, and the inside illustrations are as well.  The recipes have little pictures that go with the words, so if the word "hands" was printed, a picture of a pair of hands would be shown, as well.
Here's the front cover: 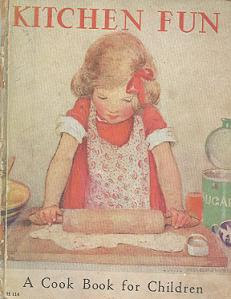 The book was printed in 1932 byt The Harter Publishing Company of Cleveland, OH.  It just reminds me so much of simpler times, though it is interesting to see how things have changed since then.  For instance, I'll post a picture of one of the recipes which is called Mammy's Corn Bread.  I mean...Mammy??  Well, it is a glimpse of how things were back then.   Here's the inside of the book, with a little list of rules for little cooks: 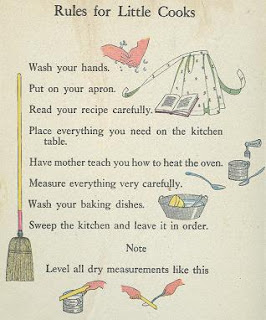 I can almost imagine my grandmother using some of these recipes.  I lived with my grandmother during my early childhood, so I have that deep sense of the past that I learned from her.  This book reminds me of her.  The last picture is for the recipe I mentioned above: 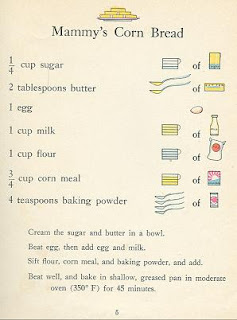 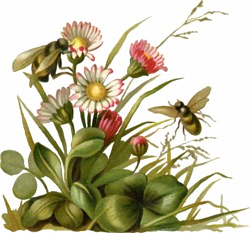 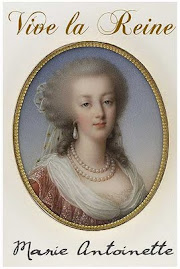 Marla Jones
Hi! I'm married (husband is Mr. Awesome) and a stay-at-home mom from Wisconsin. I have three children, ages 21 (daughter Beth), 19 (son DJ), and 5 (son Noah). What I love to do is create things, especially in the kitchen, but currently I'm really into arts and crafts. I enjoy the feeling I get when I know someone likes what I've made, or just appreciates the effort that went into their food/gift. I like to learn, so I have dabbled in just about everything. Some things I haven't done much with, not from a lack of motivation or creativity, but from a lack of cash-flow. I'm sure you all know where I'm coming from. My family is Christian and we try to show our faith by helping others.

How Sweet the Sound

A Collection of Romantic Blogs

Where I get some of my graphics!

Confessions of a New/Old Homeowner